Now, as the primary component of LED electronic screen, LED lamp (light-emitting diode) has two packaging methods, namely DIP type and chip SMD type. Generally speaking, DIP LED screen is mainly used in outdoor display screen, while SMD LED is used in indoor LED large screen. What else is the difference between them? 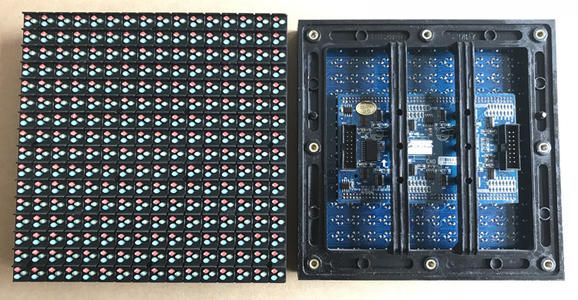 The package of in-line LED is potted. The process of potting is to write liquid epoxy resin into the cavity of the LED molding mold, then insert the pressed LED bracket, put it into the oven to cure the epoxy resin, and then separate the LED from the mold cavity to form. Because the production technology is relatively simple, low cost, has a high market share. The direct plug-in type is large in volume and can be operated by manual plug-in or AI machine. Because of its high brightness and simple waterproof treatment, it is usually used as the light source of outdoor LED electronic screen.

The SMT LED is attached to the surface of the circuit board, suitable for SMT processing and reflow soldering. It can solve the problems such as brightness, viewing angle, flatness, reliability and consistency. Lighter PCB board and reflective layer material are used. After improvement, the heavier carbon steel pin of in-line LED is removed, which makes the display reflection layer need less epoxy resin. The intention is to reduce the scale and reduce the component 。 In this way, the appearance Mount LED can easily reduce the commodity weight by half, and finally make the use more perfect. SMD LED is usually used as the light source of indoor LED large screen, but with the breakthrough of technology, the brightness of SMD LED has been greatly improved, and the waterproof treatment can also be well treated. Therefore, the application of SMD LED in the field LED electronic screen is also increasing.